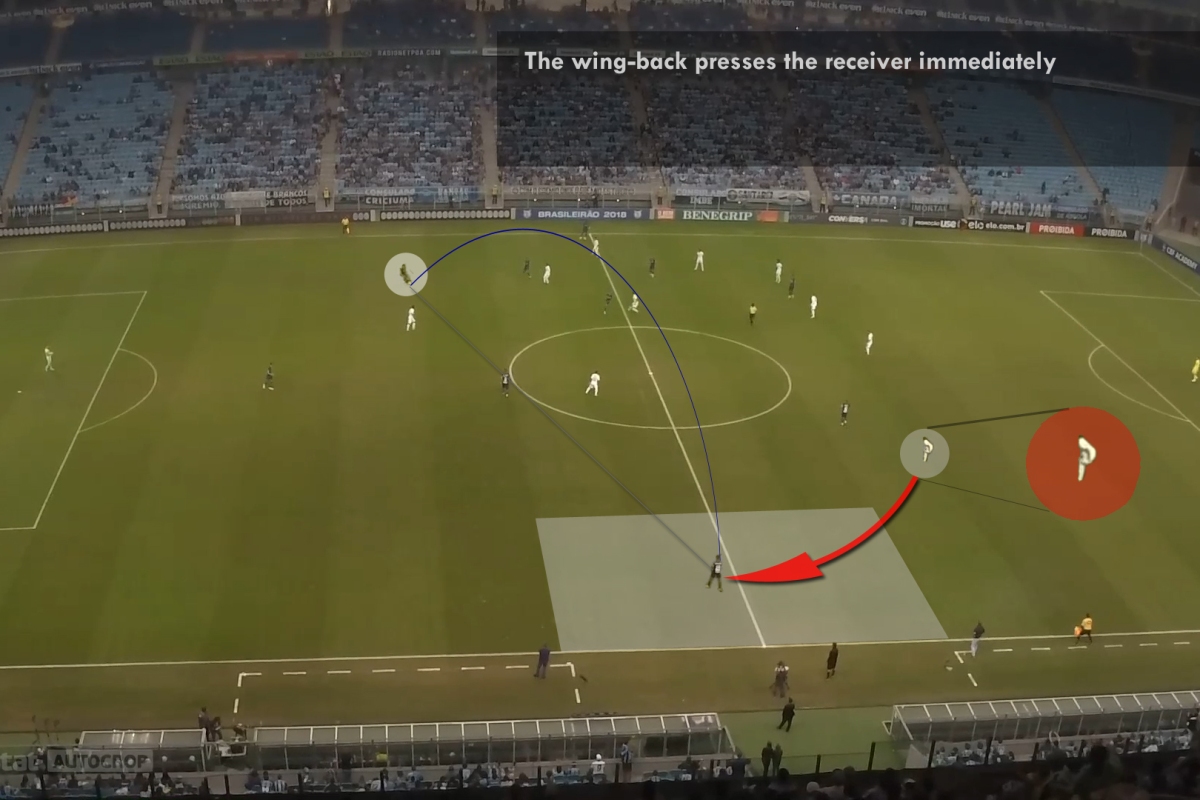 You don’t need the ball in order to dictate the play. A clever positioning and closing down can force the opposition to play where you want them. But that is only the half of the full story.

Creating an efficient pressing trap, and training it, is one of the most difficult coaching tasks. As the game is so fluid, it is difficult to predict how exactly will it go. However, it all starts with individual roles and duties.

Here we will take a look at a pressing trap that is set to provoke a diagonal pass towards the weak flank. This difficult to execute pass is a pressing trigger for the team.

You will notice a few points on how it works in theory and how little it takes to break down and how dangerous that can be. 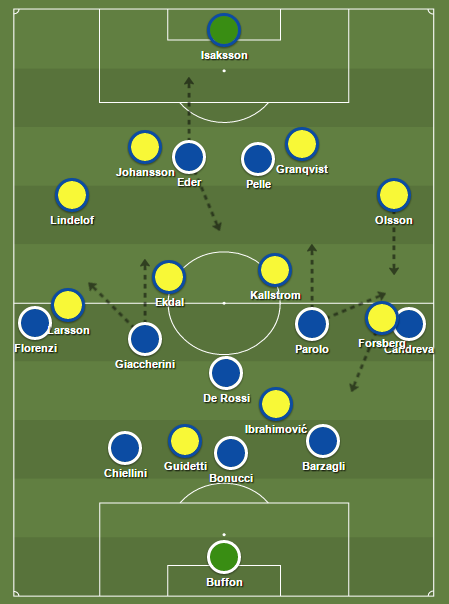 After great display against Belgium, there was a lot of expectation on Italy to confirm the first win with another good performance. On the other side, Sweden failed to win the “easiest” game against Ireland and was under pressure to get at least some result before the last game with one of the tournament favorites Belgium.

However, Italian manager Antonio Conte didn’t succumb to hype and didn’t feel he needs to prove anything. His sole aim was in line with Italian tradition and that was to get the result and result he got. His counterpart on Sweden bench, Erik Hamren almost got what he wanted in what was labeled the most boring game of EURO so far.

I can understand that feeling, but games at this level often aren’t played for fans but for result and literally, in the end, Italy got it. Apart swapping Darmian with Florenzi Conte didn’t change anything in his game. If there was any significant change it was playing even more cautious than against Belgium when in possession.

While Bonucci often surged upfield with ball in first match, this time Conte ordered him to be more disciplined. After all, Sweden got only Ekdal and Kallstrom in central zone of midfield and Italian manager was satisfied with numbers advantage there. There was really no need to risk with Chiellini pushing forward when in possession as it was the case in match against Belgium who fielded three classy players in center field.

The other change in gameplan Conte employed was more pressing on opposition defensive line. While against Belgium he was satisfied to wait for a counter or a good long ball, Italy accepted the role of favorite in match against Sweden and pushed the defensive line a tad bit more. Not enough to compromise whole defensive shape, though.

In all other parts, the gameplan was identical to first match. It was all about long balls from De Rossi, Bonucci and Chiellini. They went either diagonally to wide players pushing high up the pitch or to Pelle and Eder. The idea was always the same. Once the diagonal ball went to flank it would be crossed in front of goal.

However, those long passes largely missed the target as Pelle failed to cope with Swedish centerbacks which led to his substitution in the end. As shown in the diagram above. Italians had a bit more luck with diagonal long balls, but subsequent crosses were again out of reach for Pelle. In fact, only four out of 16 reached the target and two of them came after corners.

Italian game with the ball really wasn’t working as intended by the end of the half, but that was the same as it was in the match against Belgium until it actually worked and opened up the game. However, Antonio Conte was more interested in not losing the game than winning and he knew Sweden needs the points more. As he was sound in defense and Sweden was as much as impotent in attack as Italy, he decided to wait and play the game as he played against Belgium waiting for that long ball or that cross to finally connect.

This is typical Italian attack after the long ball has been played either, directly to wide backs Candreva or Florenzi, or passed to them from centerfield. Arrow shows where could Italian midfielder move if they were really interested to keep the ball. However, that would mean compromising defensive shape and open up to possible counter-attack. A thing Conte really wanted to avoid even if that meant way less chance to threaten the Swedes.

It was a game where both teams weren’t really prepared to lose. Italy covered space and made futile any attempt from Sweden to effectively cross or pass vertically, while Italy felt secure they won’t let any goals in and happy to wait for their chance. That came very late and proved Conte was right while Sweden might have regret the points lost they really didn’t do enough to endanger opponents.